back to investment opportunities

The project was successfully closed on November 26, 2020

Thank you for your interest in the financing project of the Vereinten Energiegenossenschaft (VEG), which was completed on November 26, 2020. If you have invested in this project, you have access to the complete offer profile in your investment account.

On this page you will also find selected information on VEG and its sustainable business model. If you would like to be informed about future financing rounds of the cooperative, we would be happy to put you on the VEG Financing Alert.

The energy revolution is one of the greatest challenges of our time. Thanks to the liberalisation of the capital market, consumers today have the power to make their own contribution to a sustainable, environmentally sound and secure energy supply and to actively support the energy system transformation. Renewable energies are the key here.

Founded in 2013, the Vereinte Energiegenossenschaft eG (VEG), a cooperative organisation, together with its already more than 450 members, operates and finances combined heat and power stations (CHP),  solar and hydroelectric power plants as well as wind turbines and relies above all on a decentralised energy supply, which means that energy is generated where it is to be consumed without placing an unnecessary burden on the networks. It is exclusively involved in the areas of energy efficiency, renewable energies and energy storage possibilities and now operates 24 efficient combined heat and power plants, three photovoltaic plants, one wind power plant and two LED projects. A green electricity tariff completes the range of services. This is how modern energy supply works!

VEG's members and sponsors are thus actively involved in shaping the energy revolution and helping Germany to achieve its climate protection goals. They support the expansion of ecological projects. This will make the transition to renewable energy economically viable.

Cooperatives have a long tradition in Germany: the first were founded in 1884; there are now around 7,500 in this country, and over 300,000 cooperatives with more than 140 million members are active throughout Europe.

The purpose of a cooperative is the economic promotion and support of its members. At VEG, this specifically means the promotion of renewable energies as well as energy-efficient technologies and energy storage possibilities.

In general, the common good takes precedence over self-interest. The focus is not on pure numerical thinking or the individual maximum profit, but rather on the joint fair action of a member network of manufacturers, project developers, financiers and investors, which is professionally managed.

VEG's future orientation is above all moral and responsible and is based on the basic values of solidarity and fairness.

Currently, about 80 % of the earth's primary energy demand is covered by fossil resources such as coal, oil and natural gas. The problem: these raw materials are finite, their extraction is complex and therefore expensive. This also creates dependency: Of the more than 4,000 TWh consumed in Germany in 2010, 2,900 TWh had to be imported*.

This must and will change drastically:

By the year 2050, Germany is to obtain its energy mainly from renewable sources such as wind and water power, solar energy, geothermal energy or renewable resources. Over the same period, greenhouse gas emissions must be reduced by 80 to 95 % (compared with the base year 1990). The switch from fossil and nuclear fuels to renewable energies is accompanied by a reduction in energy consumption through economical and efficient use of energy.

In principle, the energy prices of countries which, like Germany, have already opted for renewable energies and continue to do so, will be significantly lower than those which rely on conventional energies by 2030 at the latest. In addition, Germany will have to import significantly fewer raw materials such as oil, gas and coal. This means important independence.

*Fraunhofer "Barometer of the energy revolution 2019" 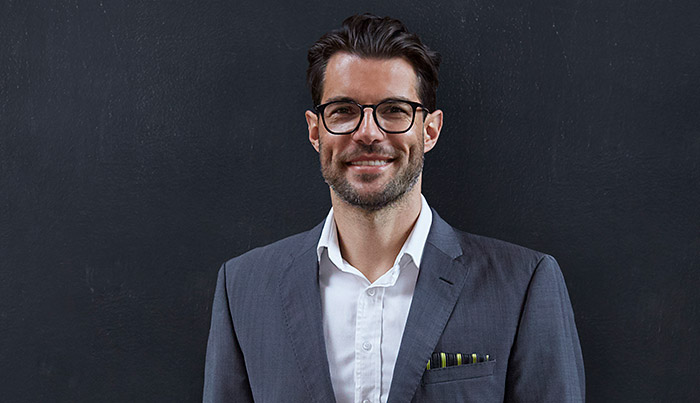 Marc Banasiak, a business graduate, has held the position of CEO since VEG was founded in 2013. After studying business administration at the University of Mannheim, Marc Banasiak (43) spent three and a half years with Deloitte in Frankfurt am Main in the auditing and corporate finance department.

Afterwards, he worked for a Hamburg-based fund initiator, where he was responsible for the investment concept, the ongoing fund management and the controlling of various investment companies. In 2008, he founded the Luana Group and is still its managing partner. 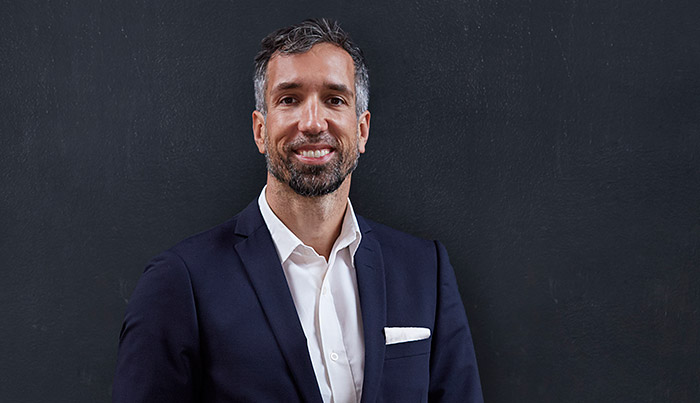 Mr. Marcus Florek (44) has been a member of the board of directors since the cooperative was founded in 2013. He has been working in the investment industry since 1998 and holds a degree in financial consulting from the Chamber of Industry and Commerce.

For seven years, Mr. Florek worked as an investment consultant for a financial advisory firm. Subsequently, Mr. Florek took over the position of managing partner at a consulting company with a focus on real estate, investments and financing.

Since 2009 he has been managing partner of the Luana Group. In July 2017 Mr. Florek was appointed to the advisory board of the Bundesverband der Kraft Wärme Kopplung e.V. (B.KWK). He is also a member of the Federal Expert Commission on Energy Efficiency of the German Economic Council.

"We are quasi pragmatists with a green soul" - Interview with Marc Banasiak, CEO of VEG

Renewable energies, energy efficiency and storage possibilities are the topics that move Marc Banasiak professionally. And also the reason why he founded the Vereinte Energiegenossenschaft eG (VEG) together with Marcus Florek. The business graduate has a keen interest in economic efficiency, ecology and social responsibility. In this interview, VEG board member Marc Banasiak reveals what moves him - and why he believes that people like you should invest in the current VEG investment project.

VEG‘s business model comes into play by providing electricity, heat, cooling or other energy from third parties, without the client having to purchase a heating system. The customer no longer purchases the system, but only the finished product: ecologically generated heat. Ownership of the heating system (as in this case VEG) ultimately no longer plays a role from the customer‘s point of view - as with the car, where car sharing sometimes already replaces the customer‘s own car.

With the latest expansion of its business model to include electric mobility, VEG is taking its commitment to climate protection to the next level. The motto: From old to new.

At present, 55,000 diesel buses are on the road in Germany's public transport system (ÖPNV). For now. Because German and European cities agree that they will be replaced by electric buses in the coming years. In Hamburg, for example, only zero-emission public buses will be in operation from 2030.

Now the purchase of new e-buses is very expensive. An electric bus costs around half a million euros and is thus more than twice as expensive as a modern diesel bus. Added to this are delivery times of up to 18 months.

VEG's solution is very simple: retrofit instead of building new ones - and rent instead of buying them yourself. VEG works closely together with I SEE Mobility GmbH to achieve this. The specialist for the conversion of conventional diesel buses to electric buses has developed an electrification KIT. With its help, VEG converts old diesel buses and rents them out to local authorities who can modernise their fleets in an uncomplicated and cost-effective way.

You operate bus fleets and are interested in a conversion? Write to us at [email protected] and we will be happy to put you in touch with VEG. 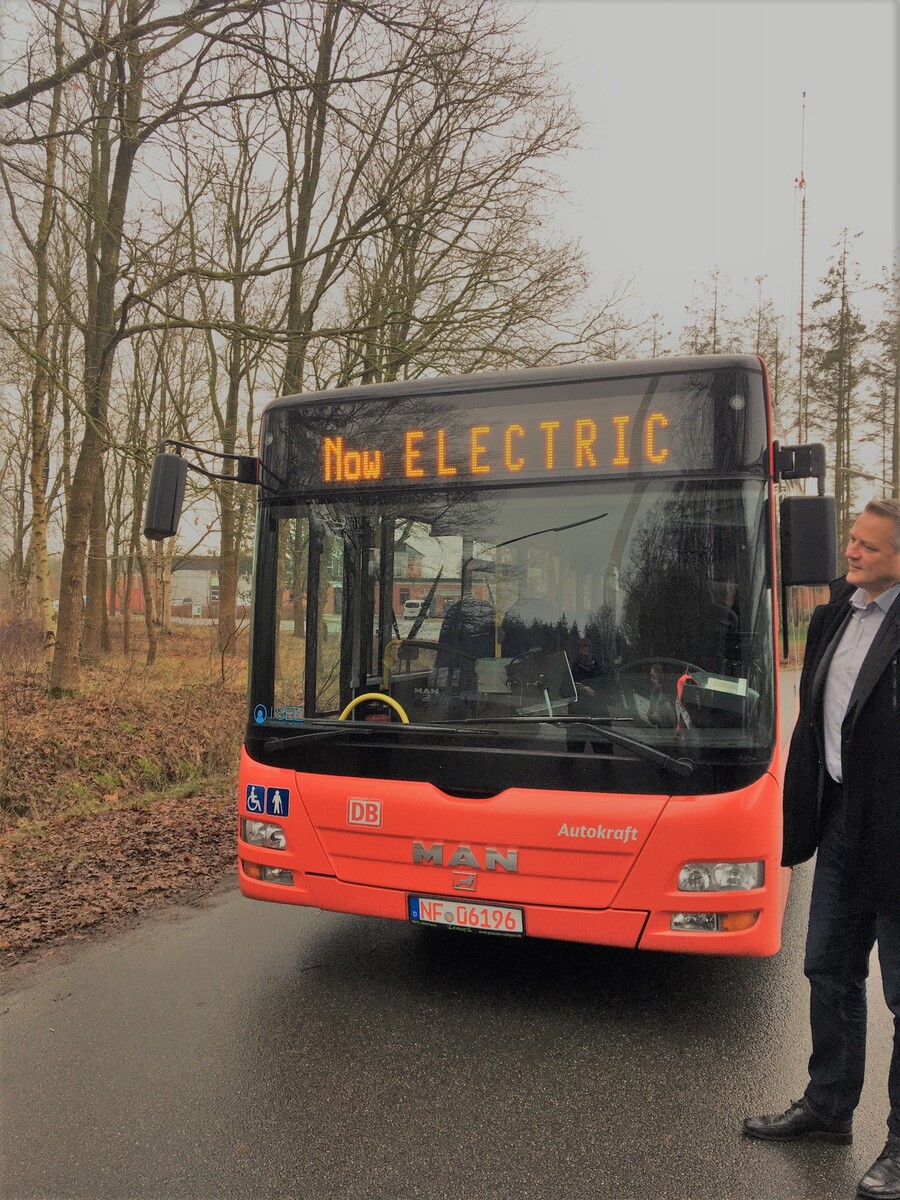 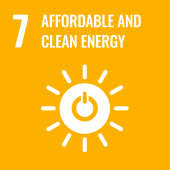 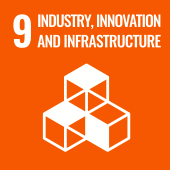 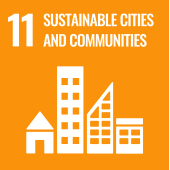 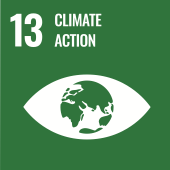 More information on the United Nations' 17 Sustainable Development Goals (SDG) can be found on the Corporate Social Responsibility page.