This credit-based form of swarm financing is known under many terms, of which crowdlending and peer-to-peer lending are the best known. In 1973, the Accion organisation in Recife, Brazil, and later in other South American countries, probably applied the principle analogously for the first time, extending 885 loans over four years and creating or securing 1,386 new jobs. But probably no one has done more to spread crowdlending than the economist Professor Muhammad Yunus. Since 1983, Bangladeshi, with the help of its Grameen Bank (“Village Bank”), has enabled hundreds of thousands of people, especially on the subcontinent, to rise out of poverty - through microcredit. If the poorest of the poor, for whom conventional banks simply would not open an account, wanted to become self-employed as small entrepreneurs, they usually had to borrow money from loan sharks at usurious interest rates, and the debt service often anchored people in poverty for the rest of their lives.

Let's all put our heads together!

"What is breaking into a bank against setting up a bank?" As an economist, Yunus knew, of course, that Bertolt Brecht's statement in “die dreigroschenoper“ (The Threepenny Opera) was extremely accurate, so he set to work. Grameen functions like a cooperative bank, transferred to a village community, because its microcredit borrowers became members and co-owners of the bank. Traditionally, the borrowers, who were initially purely Bengali, wanted to buy seeds for their micro farms or a sewing machine to run a tailor shop, for instance. Grameen approved the funds, and the returns from the new business were used to pay back interest and the loan. The key mechanism for the model's success was that only when a certain number of borrowers in one village had regularly repaid that loan did the next ones receive a loan. Thus, punctual repayment was in everyone's interest.

As the lenders are also from the neighbourhood and therefore potential customers of the borrowers, the loans are paid reliably. People know and trust each other. And very important to mention: The vast majority of them are female, which in almost feudalistically organised, patriarchal societies is crucial for the development of these societies. Women are already classic accountants who know exactly how to use and allocate the meagre resources of their families. This is another reason why the default rate is only about two percent, although microlending has shown that women are significantly better debtors than men. 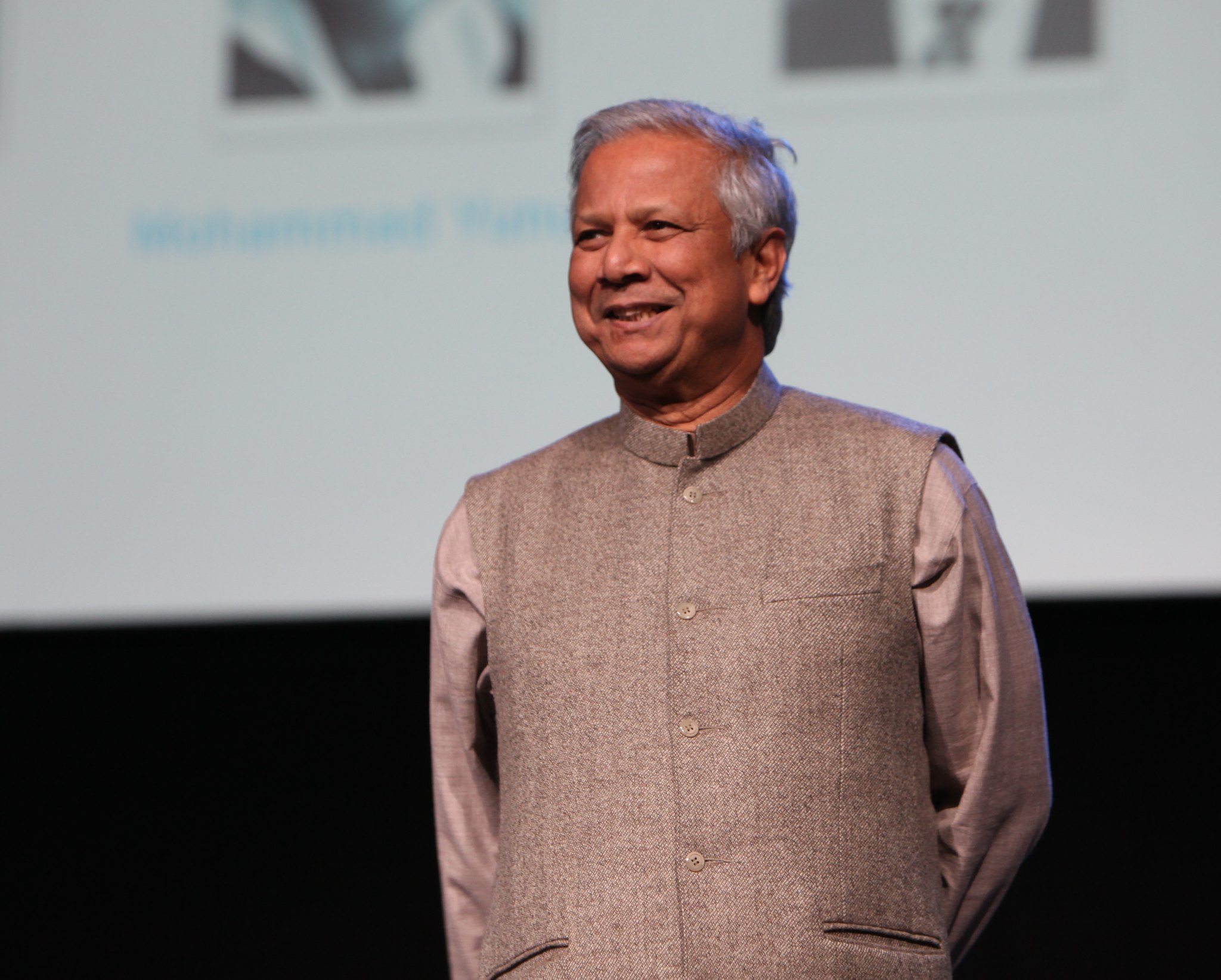 Since the microcredit borrowers, who often needed less than 100 US dollars to finance their entrepreneurial initiatives, were suddenly freed from the yoke of usurious interest rates, they could give free rein to their creativity and achieve a financial independence - also and especially from husbands - that would not have been possible without the joint financial pool. They emancipated themselves on several levels and were able to give their children a better education.

The model became popular and spread beyond Bangladesh, with several suppliers of different reputations opening up new markets. Even conventional banks put out their feelers. The idea was so revolutionary, yet simple and the success of the Grameen Bank so resounding in countries like Bangladesh, India, Mexico and Nigeria, that Professor Yunus was awarded the Nobel Peace Prize in 2006, just one award among many.

According to Grameen Bank figures as of November 2019, the village bank has 2,568 branches and offers its services in 81,678 villages (or 93 percent of all villages in Bangladesh), providing capital to an impressive 9.6 million members, of whom no less than 97 percent are women. In 2013, 211 million people worldwide are said to have taken advantage of such microcredits, although there is controversy among scientists as to how great the impact of microcredits actually is, summarises Stephanie Wykstra for Vox.

But what worked at the local level also works regionally or globally in the digital age. But sometimes the difference is in the scale. Since 2006, the year Yunus was awarded the Nobel Prize, the San Francisco-based NGO Kiva has been enabling online loans. According to company figures, 3.6 million borrowers in 77 countries have now been provided with almost $1.5 billion by 1.9 million lenders. And the default rates are also very low, as 95.8 percent of the loans are fully repaid. In some cases, the loans amount to only $25, which can nevertheless contribute to the emancipation of the borrowers.

And what applies to natural persons does not stop at legal entities. Corporate bonds have existed for ages and now the digital process has been added. A year before Kiva, the Zopa platform in the UK was already providing the first peer-to-peer loans at predetermined interest rates, although no collateral was deposited. In Germany, the platforms auxmoney and smava emerged early on, and from 2013 onwards they faced competition from Lendico (acquired by ING-DiBa), Zencap (acquired by Funding Circle) and Kapilendo. Innovestment, which initially focused on equity crowdinvesting after its foundation in 2011, is now also concentrating on crowdlending. (Read how credit platforms can mitigate the consequences of the Corona crisis for small and medium-sized companies here).

Crowdlending has experienced a real boom in Europe since 2013, according to a market study by Cambridge University. The financing volume of European crowdlending platforms has increased more than tenfold between 2013 and 2018, from an initial €1 billion to over US$14 billion. The bulk of this growth was due to peer-to-peer lending, where private individuals lend money to each other. If you take peer-to-peer lending out of the equation and focus only on crowd lending to companies, you can see that this market has also grown strongly in recent years.

Crowdlending also proved to be suitable for financing real estate, after the bustling digital pioneer Jan-Henric Buettner was able to raise 7.5 million euros for his hotel resort Schloss Weissenhaus on Ostholsteiner Strand in 2013 at a fixed interest rate of four percent. Platforms then focused exclusively on the topic and even companies outside the classic financial sector are discovering crowdlending as a proven financing instrument. For example, the Hamburg-based real estate broker Engel & Völkers, a global player with a portfolio that also includes movables - namely high-quality yachts and aircraft - quickly set up its own platform to enable investors to make digital investments in the real estate sector throughout Germany. 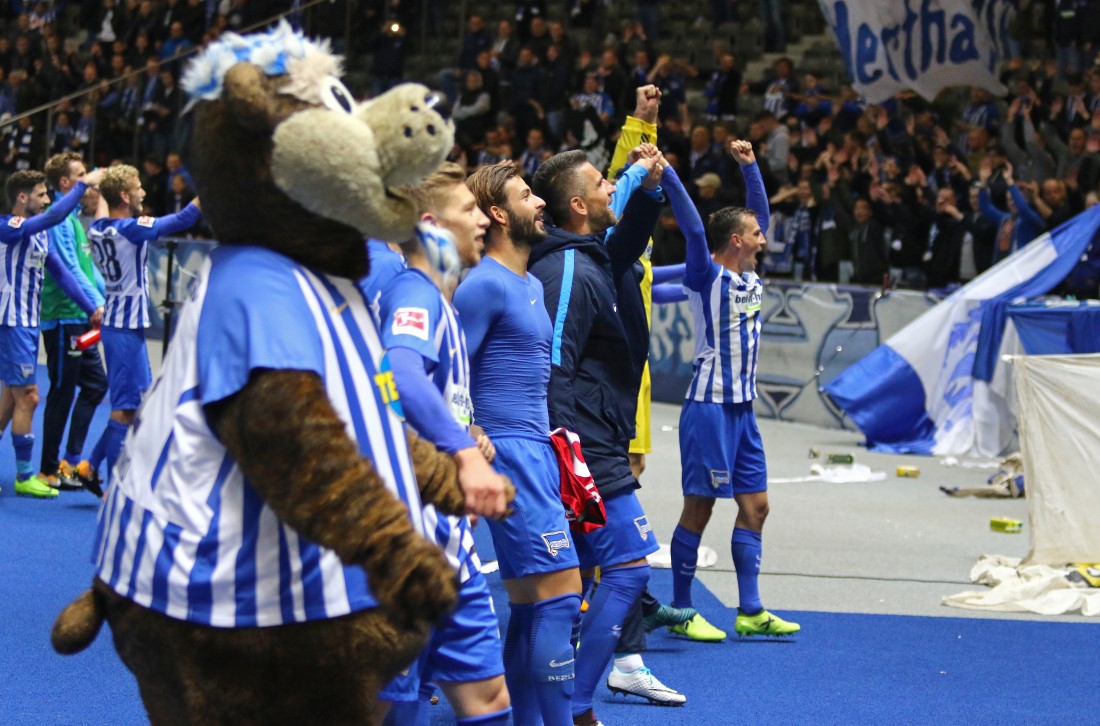 Geographical and emotional closeness also works on a larger scale

The Grameen Bank has shown that mutual trust is the basis of a loan. But people do not only trust their neighbours, but also companies and associations with which they grew up. What then brought the topic of crowdlending into the headlines nationwide was King Football: in 2016, Bundesliga club Hertha BSC managed to obtain a financial injection of one million euros from its fans within nine minutes and 23 seconds via the Kapilendo platform. An interest rate of 4.5 percent over three years appealed to the local patriots. The following year, the capital city club repeated the action and beat its own record by eleven seconds. This time, club members alone contributed one million euros in nine minutes and twelve seconds, and shortly afterwards non-members were able to participate in a round of over 500,000 euros.

At a small but rapidly growing level so far

According to a study by Deloitte, it is mainly technology-oriented, young managers and female managers who rely on crowdlending to finance themselves. But apparently they are still a minority, because "of the total volume of loans granted to SMEs [small and medium-sized enterprises, editor's note] in Germany in 2017 - over 130 billion euros - loans through the crowd accounted for less than 1 percent. One year later, in 2018, the visibility of crowdlending had continued to increase, according to Deloitte. The study found that the relative reluctance of SMEs to engage in crowdlending was due to the fact that personal support from their principal bankers and the relationships they had built up with them were still too important to these companies.

However, the study also found that for some companies crowdlending is an attractive alternative. This trend will continue in the future, especially as the digital platform industry is also pushing at EU level to achieve uniform regulation across Europe. This should give the industry a further boost to growth and make it easier for companies to raise large amounts of capital via the Internet.

What happens when crowdfunding and the IPO are merged in thought, you will learn in the next part of this series on alternative digital financing. You will be amazed at what companies can be financed in this way. If you have four billion dollars left over, for example, an entire city on the Atlantic Ocean ...

If you have missed the first two parts of our series on alternative financing, you will find part 1 and part 2 here.