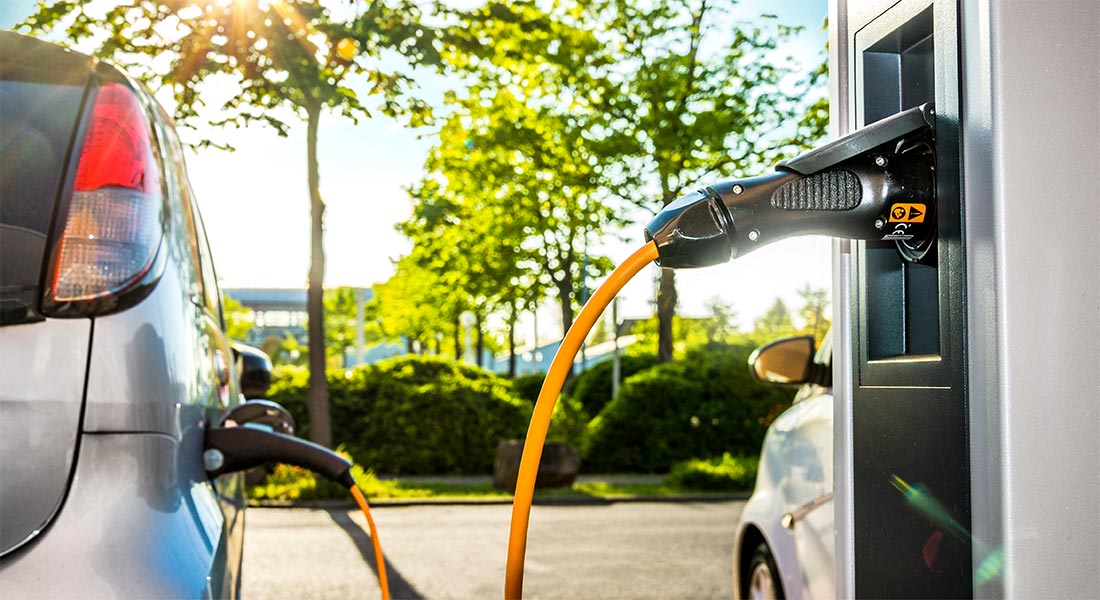 The clock is ticking. From 2035, according to the plans of the EU Commission, no more internal combustion engines will be registered in the EU; after that, only emission-free new cars will be allowed. Even before the announcement, however, there was an unmistakable trend towards e-cars. In addition to 47 million combustion engines, one million electric cars now populate Germany's roads, around 50 per cent of which are purely electrically powered, the Federal Ministry of Transport recently announced.

But how far has Germany really come with e-mobility and how does the country, which stands for cars (powered by fossil fuels) like no other, compare? Well, there is room for improvement. Most e-cars roll along the roads in China, almost 40 percent of all e-cars worldwide, according to the "E-Mobility Ranking" of the leading trade fair IAA Mobility. According to the ranking, 1,246,289 cars will be registered in China in 2020, compared to 338,359 in 2016. Germany follows in second place with 394,943 new registrations in 2020. Per capita, however, things look different, as the most advanced nation in the world is a country whose considerable prosperity is due to oil: Norway. Almost four percent of all cars here are already electrically powered. Astonishingly, "Norway ranks first in the global statistics in 2020 with 74.8 per cent of all new registrations being electrically powered vehicles, followed by Iceland (44.6 %) and Sweden (32.1 %). Compared to 2019, the shares of e-vehicles sold in each of these three countries have increased by more than 18 percentage points (Norway +18.8; Iceland +25.8; Sweden +20.8 percentage points)."

Europe is doing well overall and catching up, because "if e-cars per 1,000 inhabitants are counted, Europe is in first place. Here, statistically, there are 6.1 electrified vehicles, while the global average is 1.4 per 1000 residents. International frontrunners are Norway (81.0), Iceland (36.8) and Sweden (20.6), which are well above this figure." Germany secures fourth place worldwide with 8.5 e-cars per 1,000 inhabitants. Federal Transport Minister Andreas Scheuer has already set the course for the next decade: "In order to achieve the climate targets by 2030, however, we must become even more ambitious: according to experts, the new target must be 14 million e-vehicles by 2030. We can only achieve this if the framework conditions are right. That's why we support above all the expansion of the charging infrastructure - in the public as well as in the private sector..."

Globally and nationally, 2020 was the point of no return for electric cars. "While global car sales plummeted by 14 percent in 2020 due to the pandemic, sales of pure electric cars and plug-in hybrids rose by 39 percent to 3.1 million vehicles. As early as 2030, UBS predicts, 46 million will be sold - which would then correspond to a market share of more than 50 percent," wrote SPIEGEL in May. And according to figures from the Federal Motor Transport Authority, the number of new registrations in Germany rose by 263 percent compared to the previous year. According to the Federal Ministry of Transport, "The second half of 2020 was marked by new records in new monthly registrations and in the first seven months of 2021 alone, more than 350,000 electric passenger cars were newly registered, roughly the same number as in the whole of 2020. Overall, there are about 60 per cent more electric vehicles on German roads today than at the end of 2020."

Since even the highest-yielding batteries can only propel e-cars a few hundred kilometres, the network of e-pumps must be correspondingly close-meshed so that the mobility turnaround can succeed. The target was that 100,000 e-charging stations should be available in Germany by 2020. The Federal Network Agency has been notified of a total of 39,424 normal charging points and 6,750 fast charging points that were in operation on 1 August 2021, and the Federal Network Agency's charging point register lists them all. Nevertheless, the e-infrastructure is slowly arriving in the countryside and beyond the metropolises. The German Association of Energy and Water Industries (BDEW) also calculated in July that there are currently 48.24 charging points per 100,000 inhabitants in Germany.

Innovestment has been involved in this topic from the beginning, as we had Plugsurfing in our portfolio from 2013, a company whose app allowed users to find and refuel at e-pumps and brought the investors an exit in 2018. And many young companies are now working on interesting concepts, as journalist Don Dahlmann, who has been following the topic of mobility for years, recently described on Gründerszene. 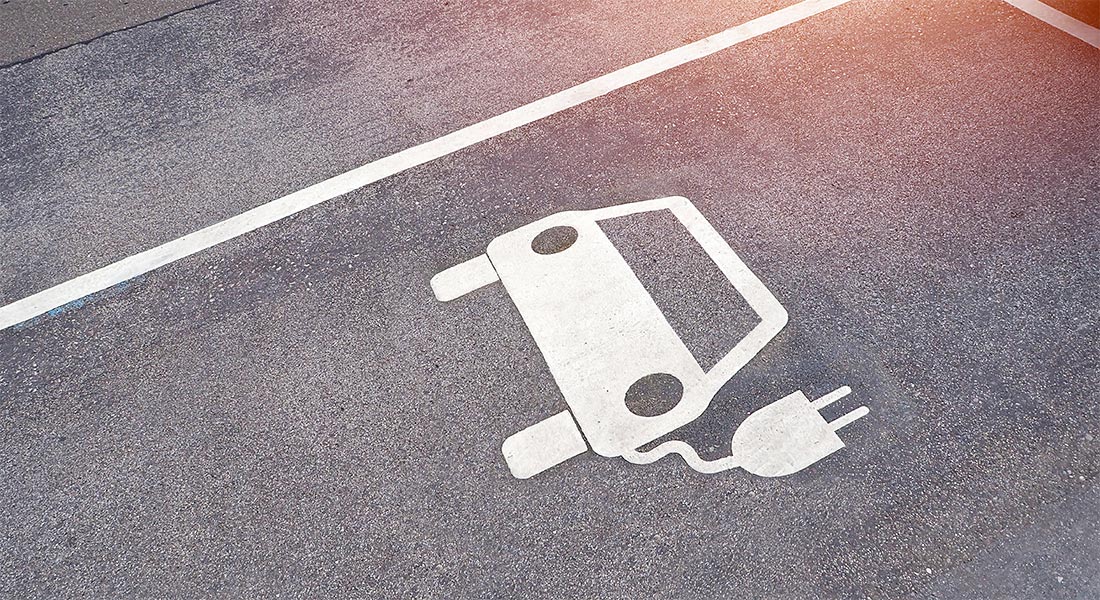 Of real estate and movables - what emonet does differently

In contrast, the Saxon company emonet, which is currently presenting itself on Innovestment, is pursuing a holistic and innovative approach in the broadest sense.

emonet not only wants to offer e-charging points where people live or work. The company goes one step further and has developed an entire concept around the topic of e-charging. In the future, charging parks will be set up that, in addition to the usual roaming charging, will also enable free ad-hoc charging, without an app and the annoying entry of data. Simply charge and pay with any card. The emonet card also brings together partners in the respective region. Partners can pass on benefits to emonet card users with credits and promotions. Basically, the company thereby creates its own small ecosystem and many win-win situations:

emonet (short for "e-mobility net") has already acquired four sites directly from Saxon municipalities for this purpose, where parking spaces and 40 e-charging points are being built. The first charging points have already been working for a short time in front of an apartment block in Lengenfeld. 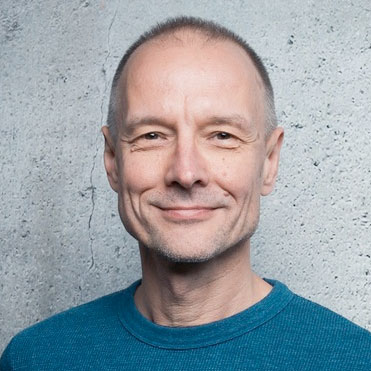 "Our promise: We are there where we are needed. Simple, convenient and safe. That's why we set up our charging parks in areas with the highest demand: in rented residential areas, commercial areas and central locations with a high proportion of office space."

emonet wants to play its part (also beyond Saxony) in ensuring that at least two million charging points are available for the forecast 17 million e-cars in this country by 2040.

It is obvious that the mobility turnaround is not only more than ecologically imperative, but can also be good business. E-mobility has been a topic that has occupied the stock markets at least since the meteoric rise of Tesla. The share price of the company from Palo Alto, California, which was only founded in 2003, has climbed to breathtaking heights in recent years and the company

"The successful ones deal with the challenges pragmatically and in a short way."

Why is the expansion of the charging infrastructure for e-cars so slow? Andreas Guba on the challenges of politics and network operators in an interview.

- justified or not - is currently worth 705 billion US dollars, almost as much as the DAX heavyweights SAP, Linde, Volkswagen, Siemens and Deutsche Telekom together (as of 06.08.21: 600 billion euros and 710 billion US dollars respectively).

Investors know that legislators worldwide will sooner or later put an end to petrol and diesel-guzzling cars. But why invest only in e-car manufacturers when you can also invest in the network that will then be available to all manufacturers?

Click on the offer profile to find out more about the current emonet investment project and to support the development of a needs-based e-charging infrastructure in Germany yourself.