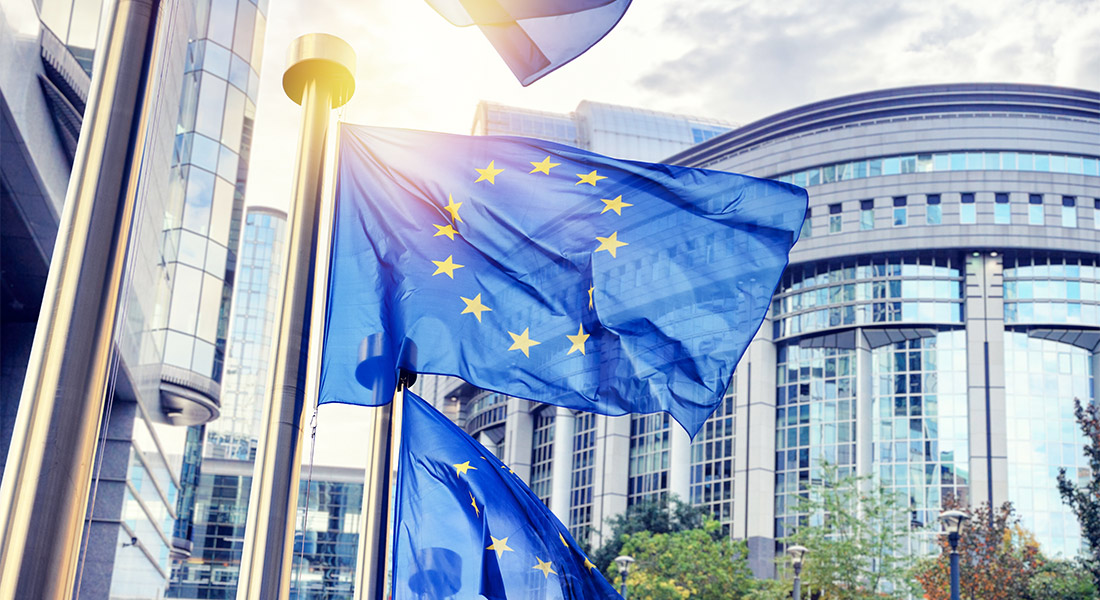 The European crowdfunding industry is getting a uniform regulatory framework across Europe. This is a great success for European platform operators, who have been lobbying the European institutions for uniform standards over the past eight years through our joint association, the European Crowdfunding Network (ECN).

The recently adopted European Crowdfunding Service Provider (ECSP) regulation has implications for all parties involved - be it the platforms that want to implement this regulation, our clients - the investors and companies - as well as partners or service providers. In the next twelve months, the cards in the market will be completely reshuffled. What are the advantages for you as an investor or as a company? And what challenges will the platforms face? Since we have been there live in the past decade and want to continue to advocate for the European crowdfunding industry as a whole, we share our experiences and perspectives on ECSP, its meaning and implications in the following article.

Our update on the latest developments can be found in this post!

Monday, 5 October 2020, Europe. An eventful day for the European crowdfunding industry. Still busy planning the week, the first Whatsapp messages about the big news arrive in the morning. Voila: On LinkedIn, the British platforms Seedrs and Crowdcube announce that they are planning a merger. A jolt goes through the market. The competitors are not only among the largest European platforms, but also demonstrate with their "marriage vows" that they are throwing all former rivalries overboard and prefer to do business from now on as a unified collaborative team:

Making finance easier and more accessible so that more (private) capital is invested in companies that (want to) make a difference in this world.

Crowdcube and Seedrs have brokered over 2 billion euros to over 1,500 start-ups since their launch in 2011 and 2012 respectively, proving the power this not-so-new asset class can muster. The fact that the figures in the rest of Europe look quite different has not only to do with investment mentality, risk appetite and write-off rules for losses, but also a lot to do with the respective national regulations.

And it was precisely for this reason that a cry of jubilation went through the European crowdfunding landscape when the European Parliament passed the long-awaited harmonisation of the market at around 7:00pm on the same day. ECSP will enable cross-border crowdfunding in Europe in equity- and lending-based crowdfunding. Uniform standards create clarity and transparency, be it with regard to investor protection, documentation requirements or the like.

The ECSP is scheduled to enter into force on 10 November 2021. For this purpose, it will be transferred into the administrative practice of the individual European member states in the coming months. In a kind of "transition phase", the platforms can then adapt to the new regulations for another twelve months.

What will change as a result of the ECSP?

Platforms that have the required ECSP licence can then offer cross-border financing within the EU. There are some exceptions to this: Neither asset investments nor peer-to-peer consumer lending apply, nor are donation-based and reward-based forms of crowdfunding included in the regulation. However, our field, crowdlending, is explicitly included, and we are already looking forward to the new possibilities and in lively exchange with platform colleagues in other European countries.

With the publication of the regulation, the framework data have now also been announced. For example, the maximum financing amount for prospectus-free issues under ECSP is 5 million euros per year and project (for comparison: in Germany, 6 million euros are currently possible). In European projects, a Key Investment Information Sheet (KIIS) takes the place of an asset investment information sheet (Vermögensanlagenen-Informationenblatt, VIB), which at six pages is twice as extensive as its German counterpart and is also filed with the Federal Financial Supervisory Authority (BaFin).

Surprisingly, there is no cap on the amount investors can invest. In Germany, it is currently limited to a maximum of 25,000 euros for private investors. However, risk warnings are of course just as necessary here.

This development is a real milestone for our industry, from which both investors and financiers will benefit.

One person who has been closely involved in all project phases since the beginning of this development is Oliver Gajda, Executive Director of the ECN. In an interview with Crowdfundinsider, he talks about his eight-year journey and his views on the future development of European harmonisation.

Why is it so important?

Global crises like the Covid pandemic or climate change underline how important it is that we address problems globally. And Europe plays a crucial role in this with its innovation and talent leading and building companies that develop important solutions. According to Martin Špolz, Head of Sustainable Finance in the European Commission's Directorate General for Financial Services at the ECN Crowdcamp in June this year, €390 billion in private investment capital will be needed in the coming years to implement the European Commission's ambitious ESG criteria.

To support this, the European Commission sees crowdfunding platforms as important intermediaries to provide better access to capital for small and medium-sized enterprises (SMEs) across Europe. For this reason, ECSP is an important step, especially for countries where crowdfunding has not been regulated before, to get clear standards under which they can operate safely.

In turn, there are also players who do not find market entry barriers so impractical, as it protects them from competition from abroad, as some failed attempts by international platforms in Germany to get a foot in the door have demonstrated. But we are convinced that in the end everyone will benefit from uniform, pan-European standards, because new markets will open up and Europe will thus also become more attractive for investors and financiers as a location for business and innovation. In other words, the cake is getting bigger, in every respect.

Where do we go from here?

All of us operating in this haze are wondering what impact ECSP will have on our firms, our national markets as well as on the entire pan-European financing landscape. Markets will be reshuffled, financing instruments will be reassessed. European harmonisation - which, by the way, was ultimately less harmonious than the European institutions would have liked due to national interests - means more than just a clearer legal framework for equity-based and lending-based Crowdfunding platforms. It also represents a commitment to the importance of platforms as intermediaries in making more capital available to businesses, with the promise of simpler, more selective and transparent processes. In addition to private individuals, professional and institutional investors have increasingly jumped on the bandwagon in recent years. They now also trust the platforms' selection criteria and benefit from the simple processes that can reduce transaction costs. 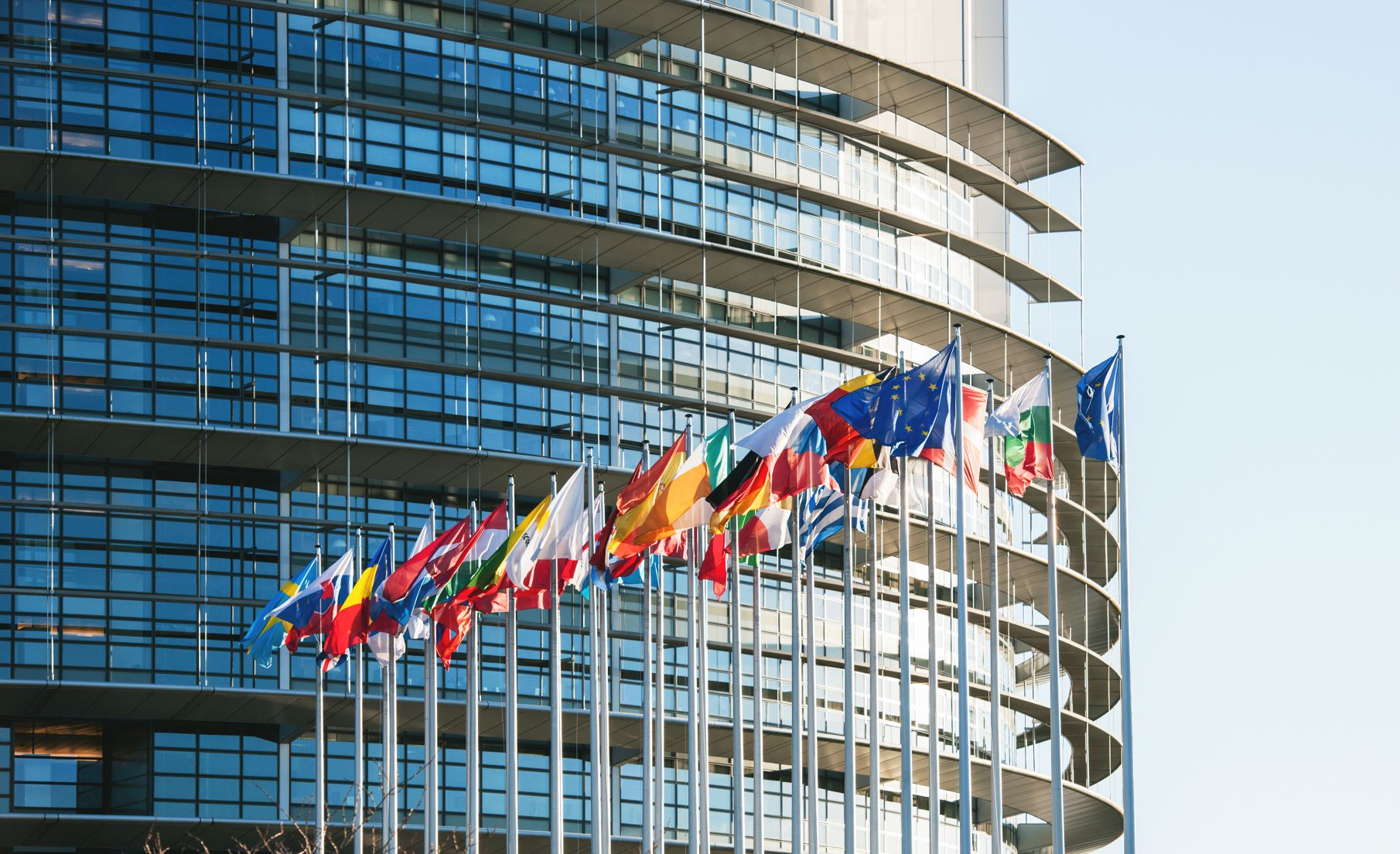 What are the next steps?

IIn the coming months, we will interpret the legal text within the framework of the ECSP working group in the ECN with other platform operators and specify it in communication with the policy makers. Here is a selection of the topics that need to be considered further, which we will fill with life step by step:

Click here for the ECSP in German and English.

In the coming months we will see how national legislators transpose the European requirements into national law. It will also be exciting to see how many platforms will be interested in an ECSP licence, because there is still the chance to operate pan-European under existing European regulations like MiFID. In addition, there will also be platforms that will continue to operate primarily locally under the national frameworks. We can look forward to an exciting European crowdfunding year in 2021.

The fact that the ECSP has now been launched after only three years of the law development process is an expression of appreciation for what this not-so-young industry has already achieved and, above all, still has ahead of it. This is thanks to numerous pioneers in the early years who ventured into untrodden territory and quickly understood that power lies in sharing. Sharing good examples, open dialogue about challenges and smart solutions.

This exchange at eye level, a cornerstone of the ECN, is something we cultivate not only among ourselves, but also with the European institutions and policy makers. In numerous events and discussions, the political decision-makers were able to convince themselves that these new players are people with a lot of passion and expertise who want to solve a big problem. Democratising corporate finance and thus activating more private capital by giving private investors access to new interesting asset classes. Some of the familiar faces in the industry have previously gained a lot of experience in entrepreneurship, venture capital and other fields, which has also always ensured connectivity and common understanding with the "established players".

The market will be reshaped

ECSP is expected to transcend intra-European national borders and make the market more transparent, standardised and larger. Platforms and other FinTechs will closely examine the implications of ECSP and factor them into their decision of further business development. In order to acquire an ECSP licence, companies will have to fulfil certain additional or changed requirements, which will sometimes cost a lot of time and money to implement.

The amount of effort will have a direct impact on how many companies actually seek the ECSP licence. They will ask themselves: do we want to invest the effort or do we continue to operate locally for now? Do we stay in our niche or do we focus completely on another area?

We are firmly convinced that there will be a new consolidation phase in the crowdfunding industry. And that clearly means opportunity. More platforms will join forces and enter into new, cross-border collaborations with other FinTechs. The industry will continue to professionalise with standards that are regularly reviewed. ECSP is only the accelerator of this development, as we have already seen with other (national) regulations such as the so-called Small Investor Protection Act in Germany in 2015.

The Brussels-based non-profit organisation European Crowdfunding Network (ECN) works together with European platform operators to promote greater transparency, common standards and a fundamental understanding of the role of crowdfunding as an alternative form of financing and its potential for the European economy and society.

In addition, the ECN is pushing for the European harmonisation of the crowdfunding market with the European Crowdfunding Service Provider Regime (ECSP) as the legal framework. All participants and the European institutions see great potential for the entire industry in the Europe-wide expansion. The organisation enjoys the support of the European Commission, which promotes it as a key sector for improving access to capital for SMEs.

Feel free to write us your specific questions on the topic, and we will try to answer it as best we can, or if the question is exciting for the general public, we will gladly expand this article to include further aspects. It should serve the common understanding and call for participation.

Want to know what has happened in terms of regulation?
Read more in our update: